Good Gaming Media DISCOVER THE ART OF PUBLISHING
Home Gaming By Platform PC Do You Do Early Access? 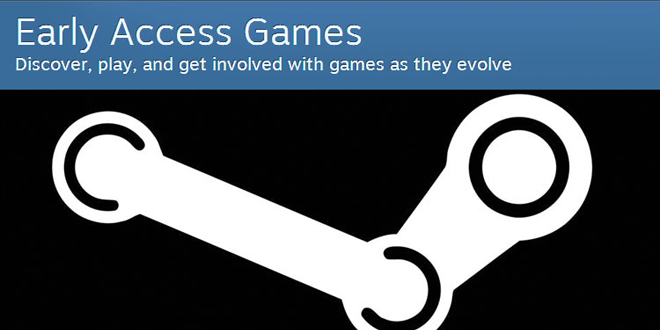 Things are pretty crazy. I switched jobs last fall. And now my boss is leaving. And I’m moving. With all of that, and I suspect life is similar for most of us Casual Adult Gamers, it is always hard to find time to game. I have often wondered how in the world any adult gamer would find time to not only game, but also participate in something like Steam’s Early Access. Much less find that time so worthwhile that it is worth some of the prices for Steam’s Early Access games. It is a strange notion, and I wanted explore it a bit with the CAG readership. Am I the only one lukewarm on this concept, or have others found it a unique and rewarding experience?

If you are not familiar, Steam Early Access is Valve’s program where they allow developers to post pre-release versions of their game, charge a fee for access, if they so desire, and sell that access via Steam. The up-side to paying for early access is that you also get access to the game once it actually releases. So you do not wind up paying for the game twice.

What jolted this idea to the fore was today’s Rock, Paper, Shotgun article on the recent update to Galactic Civilization III. I’m still bullish on this game; GalCiv II is one of my absolutely favorite games of all time. It is hard for me to think of a game that I am more excited about. However, much like upcoming movies, or new gadgets, I really only want to hear or know but so much about the thing before it is done. I think I am ok with the concept of a limited duration beta, but I struggle to see myself getting into an Early Access game, even for a franchise that I love. Access to GalCiv3 is $49.99 on Steam right now. You could look at that as a discount if the game releases for $59.99. Maybe. But I’ve seen a lot of Early Access games going for $99.99.

So, what do you guys think? Is the concept of a paid Alpha/Beta just too far out there to get behind? Has anyone done Early Access and have the inside scoop? What I am perhaps most curious about is what the other console gamers think; would you pay for something similar to an Early Access program if…say…Naughty Dog or 343 Industries gave you access to early builds of Uncharted or the next Halo and asked you to participate in the development process in this way?