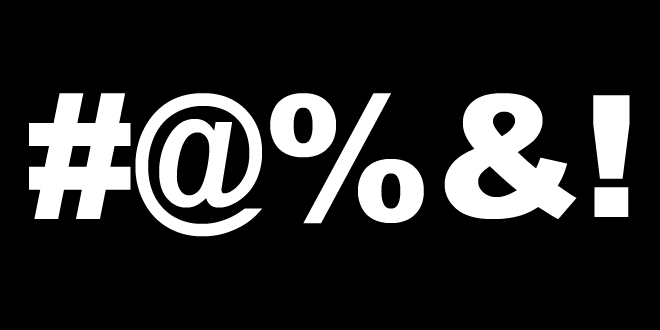 As a young boy growing up in the seventies, I enjoyed playing Cops and Robbers and Cowboys and Indians with my neighbors and friends.

We’d often play for the longest periods after returning from the store with a new bow and arrow, or six shooter “cap” gun with several fresh rolls of exploding “caps”

Fifty years later, I still enjoy running around with friends pretending to save the world from the bad guys, but instead of using toy guns we do it virtually on the XBOX One and PC.

And while I’m a gamer, I know many other adults enjoy a similar experience playing in paintball and airsoft leagues, or joining local Rod and Gun clubs and making regular trips out to the firing range.

However, while I believe the gaming companies understand all that, it seems what they don’t understand is the fact that just because we’ve “grown up” doesn’t mean we use or love to hear profanity laced speech continuously while playing games.

In fact, most adult try and avoid using profanity altogether, considering it a vice.

Don’t believe me? Spend some time in the grocery store or other public place and then tell me the majority of the public don’t speak without using profanity in every sentence.

So\, if the common man doesn’t speak in a continues stream of vulgarities, why do game companies keep forcing it upon us in their games?

While many of us love running around pretending to take down the bad guys as much as we did as kids, but just because we’ve “grown up” doesn’t me we want all the speach in our games soaked in vulgarities.

So please, respect your customers and at least provide us an option to turn off profanity in your games.

In return, we’ll promise to restrain ourselves from using the same non-stop profanity laced speech that your games use when as customers we contact you and your employees.