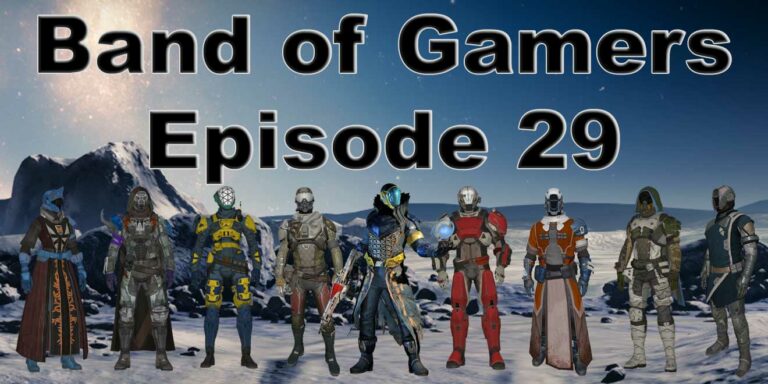 In this episode of the “Band of Gamers” podcast DBQhams, Zeuxidamas, and Greylock3491 review the PlayStation and PC’s year including our thoughts on the biggest news stories, as well as what the best and worst games of 2016 were.

Zeux – Just Cause 3; but the 2014 games have longer legs and so I’m still playing those

Zeux – Sony’s titles, exclusives included, seem to have longer shelf-life for me than some of the XB1 games (although I still play Forza ravenously). I think this generation is settling into one where the PS4 is my 3rd party platform, where if a game releases on both, I tend to buy it on PS4, but tend to buy XB1 exclusives more. In gen 6 and 7 it was the other way around for me

Greylock3491 – PS4 easy to develop for, seems to have more power than xbox one 1080p vs xbo 900p, No Man’s Sky was a coup – Why are Sony’s sales so strong with inferior game line-up and questionable controller? Pent up demand from PS3 issues, XBOX 360 owners not upgrading, or am I just out of touch/Does 1080p vs 900p matter?

DBQhams – Heroes of the Storm, FMV Indies like Her Story & Cieble

Zeux – I’ve played so much on PC and that was not the plan, Streaming and Capturing – went huge and that was not the plan, still have so many 2015 games that are great that I have not gotten around to (those three in brackets above), peripherals – gaming on pc is personal – joysticks, wheel & pedals, mice, keyboards, gamepads, pc gaming is so cheap (capable gaming laptops for less than the price to build one – see Grey’s below) – Alienware Alpha where the HDD and RAM can be upgraded later, other hardware options abound (including SFF)