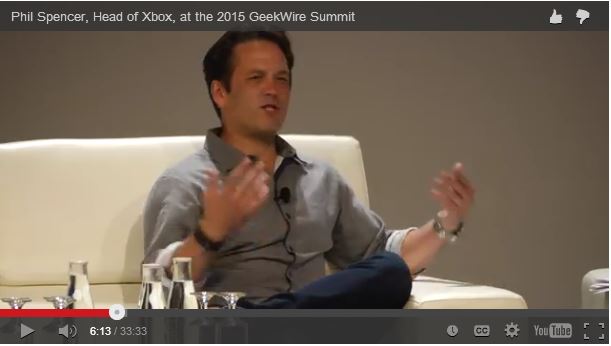 I am still trying to figure out why this guy is not running in the presidential race. Maybe in 2020. Until then, he continues to say the things that it would seem most gamers would want to hear. In a recent interview, Spencer, head of all things XBox for Microsoft, candidly discussed how much he had learned in his 18 month tenure. He openly talked about the significant lead that Sony’s PlayStation 4 has on his XBox One in install base. His new focus in the face of a withering opposition? To focus inwardly. Spencer says that he will be talking less about what Sony is doing and more about his own products and teams. Taking the high road so to speak. And if the tables turn and he is back on top one day? Spencer says that he’ll hold the same line. He’ll continue focusing his discussions on his products and his teams.  At a minimum, this line is likely to maintain or increase the loyalty of his own employees. Having a leader that stands behind you and gives you the opportunity to innovate and do what gamers want you to do; it’s tough to find any fault with that formula.