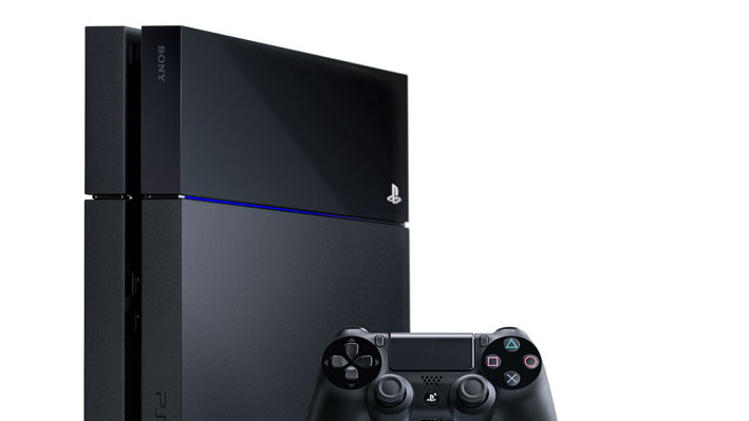 This is a bit of a lessons learned. I’ll be honest and open and also say that this post will express a bit of dissatisfaction with a few things, too. At the end of the day, I have successfully upgraded my PS4’s hard drive to a 1TB Samsung Spinpoint SATA 5400 RPM drive, and I’m happy. It is just that the road getting there could use a couple of roadcrews to patch up some potholes.

Now it is likely that the most dedicated PlayStation fans have already hit these speedbumps and may think they are small cruft. And overall they are. But it’s worth a warning to those who have not upgraded yet. Some of this will express some areas where Sony could improve; but it’s not like I am saying I am leaving the PlayStation and never coming back and telling people not to buy one. It’s just a “Watch Out!” kind of thing.

First up is, how do you know when it is time to upgrade your PS4’s hard drive if you do not manually check it all the time? For me, I found out when I booted up, saw that the recent update for Mortal Kombat X (an update of over 4GB) failed to download. When I drilled down further, I discovered it was due to insufficient space on my hard drive. I was down to less than 2.5GB of space and this was my first warning. I would have liked a bit more of a head’s up, like maybe a notification when I am down to less than  10% of my drive space, which would be about 40 – 50GB. Of course, on the XBox One, you get a graphic of your hard drive status presented whenever you go to the Apps and Games Tile.

So I started cleaning stuff up. I uninstalled a few games that I don’t play; I had about 21 games installed. That’s a good indicator of the enjoyment I get out of my PS4 and the strength of the PlayStation Plus program (I have maybe 10 – 12 games installed on my XB1). The reason for all of those games is the number of titles that come to PS Plus that I am interested in; I only download those free games that I actually want to play. Anyway, I cleared out some videos; sad that I deleted some because I did not have a hard drive ready to put them on. Away went some images and screenshots. And finally game saves for the titles I had uninstalled. After that I had only freed about 26GB of storage from captivity. That was not going to last me long. I decided at that point it was time to go ahead and do the hard drive I had been contemplating since the day I bought my PS4.

So the physical move was first. That part was easy. Of course, the top left cover of the PS4 chassis simply slides away, there is one screw to remove to then slide the hard drive cage out, and four screws to remove the HDD itself. Reverse those steps with the new drive and away you go.

Now the firmware, and here is where I got a bit frustrated. Sony’s support site tells you to download the latest firmware update. It tells you to place that file on a drive in a folder named PS4, in a sub-folder named UPDATE, and that the filename must be PS4UPDATE.PUP. But there are a few things that I didn’t find on the Sony support site that also need to be done.

As far as I know, the drive has to be formatted in exFAT format, not NTFS.  At least it has to be that way to use a drive as a backup, so, when the firmware update did not take, I did that to be sure that was not the problem. Again, at thsi point, I already had the new drive in the PS4 chassis. I was now trying to put the restoration firmware file on an external USB drive.

Once I discovered this, which I found out about on Reddit and a couple of other places (not on the Sony support site), I also needed to find the file itself and download it. I did not find that on the Sony support site either, despite several attempts to muscle Google Search to do my bidding. I did find it on a subReddit and some other forums. I grabbed the file, put it in the right file, reconnected the USB drive and the rest was smooth as butter.

My takeaway from this experience?

That all being said, if you are still on a 500GB HD PS4 SKU, there is no reason not to get upgraded to a 1TB drive. This console has a long life ahead of it, and, as you can see from this article, there are a lot of great games on their way. You’re going to need that extra space. I guarantee it.

As far as the notion that I am picking on the PS4? I had a bit of a rub with the XB1 this week and streaming on Twitch, so I’ll have a Product Experience editorial on that console, too, to help anyone out who might run into that problem.

UPDATE: I went back and looked, and when you the follow the embedded link on the Support page to the sub-section for “Do you want to perform a fresh install of the full system software? If so click here”, there is a link in that sub-section to download the full firmware version. My problems are still that, other than the reference to “full system software” in the link above, there is no verbiage that specifically calls out that this is a different file than the incremental. If you hover over the link, the file names are exactly the same. Also, the Download link to the full version uses completely different HTML styling than the link button at the top of the page, and is also different than most common HTML conventions for download links, which is why I missed it at 1 o’clock in the morning when I was trying to do the install. I stand by my experience review that Sony could do a much better job on the website documentation they have posted to help you through this process.